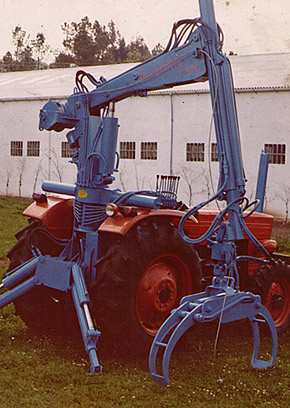 GRÚAS FUERTE begins its journey at the end of the 60s through its founder D. Roberto Fuerte Vázquez, starting as a small workshop of local artistic smithy.

As the great entrepreneur he was, in early 70s it became a workshop for the purchase and sale of agricultural machinery and tractors, manufacturing and repair of agricultural equipment, trailers and winches where it began to grow in response to the Galician market, which is why, in its continuous phase of growth and expansion at the end of the 70s it starts with the manufacture of hydraulic cranes for the forestry sector.

At the beginning of the 1980s, the company began manufacturing marine cranes for aquaculture and fishing, serving the Galician market and neighboring areas.

At the end of the 1990s, new products were added to the manufacturing catalog, thus beginning the expansion throughout the national territory, always adapting to the demands of the market and new technologies. 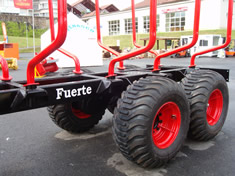 In 1994 the second generation joined the project, four brothers named Roberto, Ricardo, Álvaro and Daniel; from then on, the company was known as HIJOS DE R. FUERTE S.L., knowing how to combine experience and wisdom with a young and innovative air.

In early 2000, in addition to continuing with the improved line of products, FASSI brand industrial cranes and various accessories are added to the offer catalog to cover the construction, industry and services sectors. And with this line it continues to Now, always innovating and covering the needs of the Spanish and foreign market.